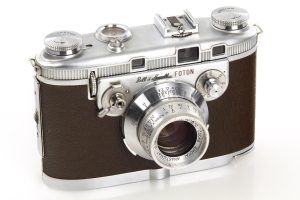 The normal lens, manufactured by Taylor, Taylor & Hobson Ltd., England is a coated 2 inch f 2.0 Cooke Anastigmat.  Given its cine camera background, Bell & Howell opted to calibrate the lens in T-stops rather than f-stops.  The lens' maximum T-stop aperture is 2.2.

The T-stop system, to this day, is universally employed in commercial cinematography.  The advantage of using the T-stop system is of minor importance to the still photographer, but it does provide more consistent exposures over the f-stop system when switching lenses and focal lengths.

T-stops are a measurement of the actual light transmission qualities of a lens; f-stops are a mathematical ratio of lens diameter to focal length.  The Foton rangefinder camera may have been (were there others?) the only still camera ever made to offer T-stop lenses.  Bell & Howell believed T-stops would provide a level of precision previously not offered to still photographers, and pitched this precision as an advantage in color photography due to color film's lack of latitude.  But history has shown the public did not embrace this point of view.

The Foton didn't sell very well given it's high price of $700US, and by 1950 the price had been substantially reduced. It may well have been one of the best American-made cameras ever. 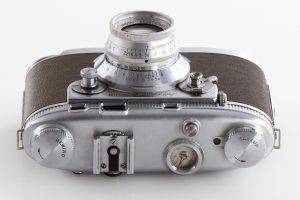 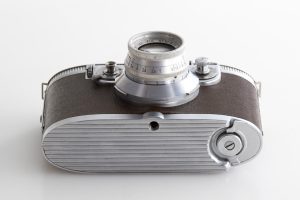 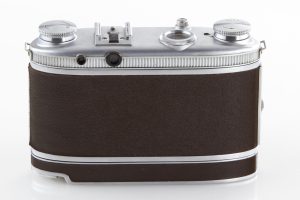 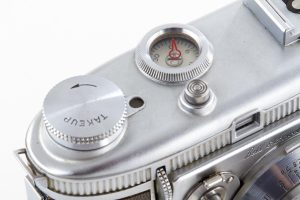 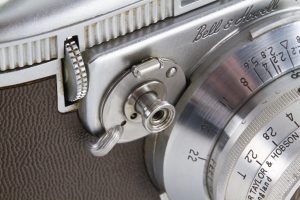