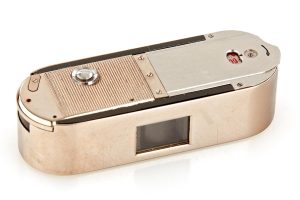 This tiny camera, despite its minimal size, contains a true panoramic camera mechanism with a rotating Gaussian 6-element symmetrical lens in a drum of 12mm in diameter. It uses standard Minox cassettes (that have to be broken in two halves with the mid-part removed before use) for 36 negatives 8x11mm, angle of view 65 degrees horizontally or 80 degrees diagonally. Film transport and cocking of the drum by sliding a chromed tab. Body milled from solid light alloy. Frame counter. No finder. Most design details suggest that this camera comes from the same micro precision workshop as the Micro Spy Camera, even the lenses are identical. The exact purpose of the camera is unknown, probably it was intended for taking wide views of small arrangements (the camera is factory-set at 40cm distance). For sure the smallest truly panoramic camera with rotating drum. Only three of these cameras are known to exist, it is a masterpiece of Soviet secret service technology made in the early 70s. It comes with 2 film spools, orig. leather case, plastic box. 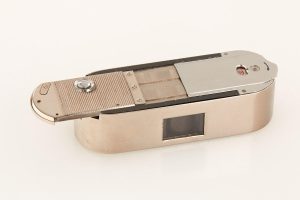 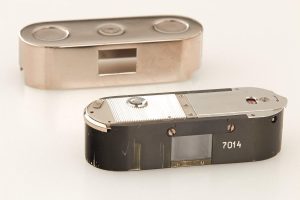 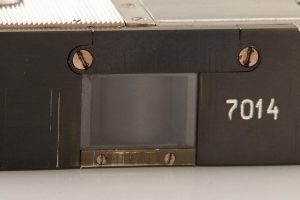 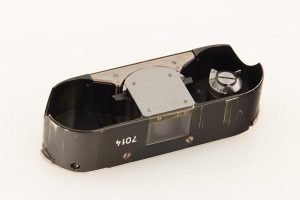 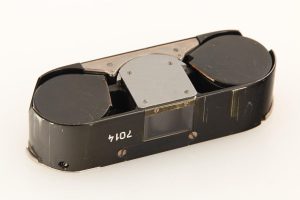 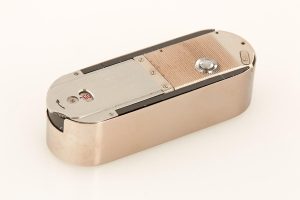 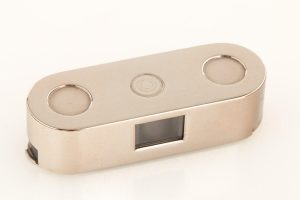