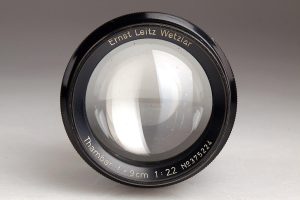 The four element 9cm Thambar f/2.2 lens was introduced in 1935. It is the only Leica lens ever officially announced as a “soft-focus lens”. Leitz always took particular pride in the high optical resolution of its lenses, image sharpness being one of the decisive factors. Thus, the Thambar was also an exception in terms of marketing policy.
In fact, the Thambar did not produce unfocused images. It was delivered in combination with a special center spot filter which needed to be used with the lens in order to achieve the desired soft-focus effect: The special clear-glass-filter had a silvered central spot which blocked the axial rays; thus, only the marginal rays form the image. The degree of diffusion was controlled by the lens diaphragm opening and the maximum effect was obtained at f/2.2. From f/9 up, there was practically no effect. For this reason the Thambar is equipped with a special diaphragm scale from f/2.2 to f/6.3, calculated to show the effective aperture with filter in use. The Thambar is one of the great classics among the collectible Leica lenses, of which only less than 3,000 units were produced from 1935 to 1949. 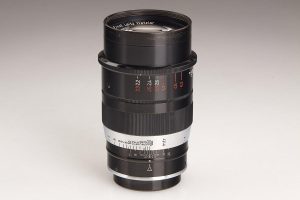 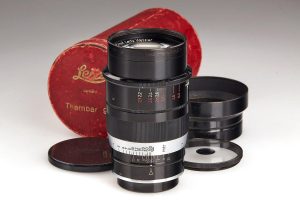 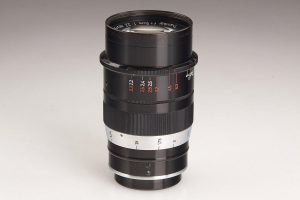 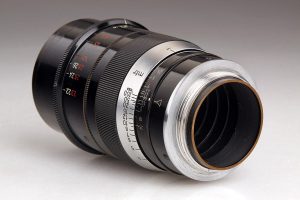 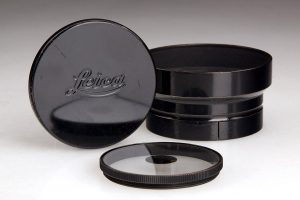 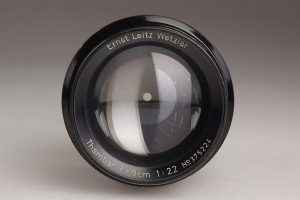 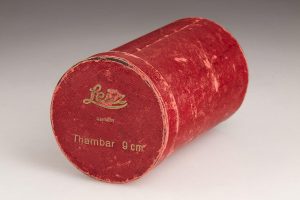