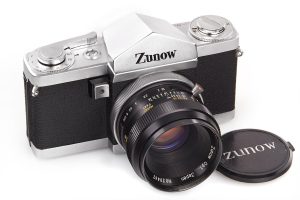 The Zunow is a Japanese 35mm SLR film camera launched by Zunow Optical Industry in 1958, at about the same time most of the established Japanese camera companies introduced their first models of this type.
Unfortunately, this maker was unable to persevere for more than another three years, and they produced very few cameras.

The Zunow has a remarkably compact and neat design, most basic features is highly developed, possibly inspired by Contax S, Praktina and Miranda T, all having the right hand front shutter release, and like the two latter it also has a removable pentaprism, while the lens mount certainly bears resemblance to the Praktina breach lock, as does the entire top plate arrangement, comprising the right-hand shutter-speed dial/wind-on group and the left-hand reminder-dial/rewind group.

However, the Zunow has a lever wind, a rare feature prior to this camera’s launch date, not found on many 35mm SLR cameras, except for the Exakta, the Mecaflex, and the Asahi Pentax of 1957. Some technical problems associated with the SLR camera, occupying engineers at the time, are successfully incorporated in this camera, most importantly an internally coupled automatic lens diaphragm and an instant return mirror. 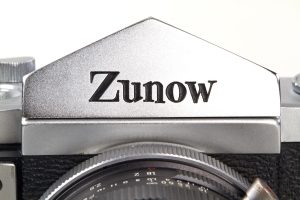 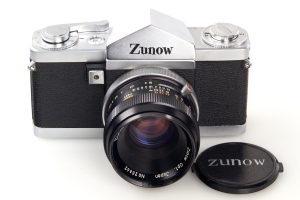 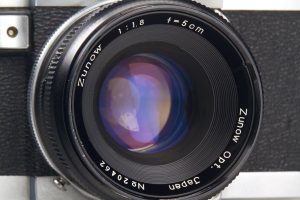 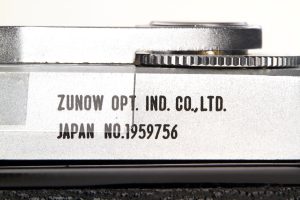 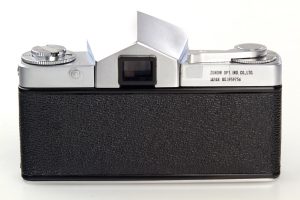 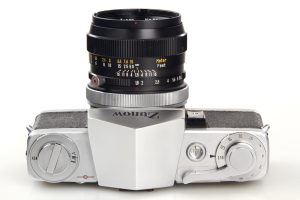 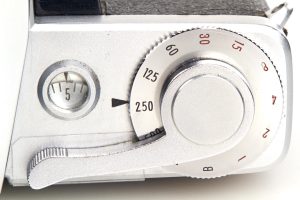 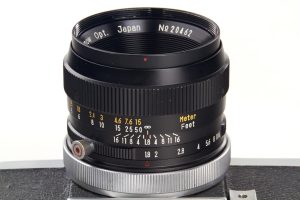 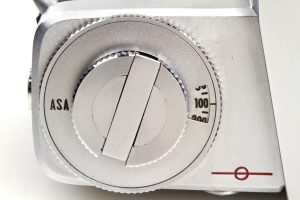 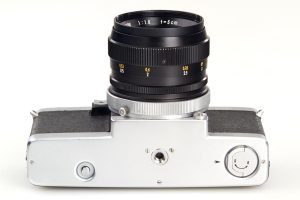 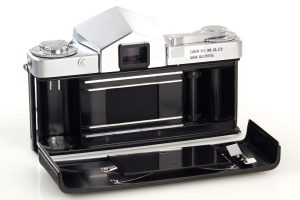