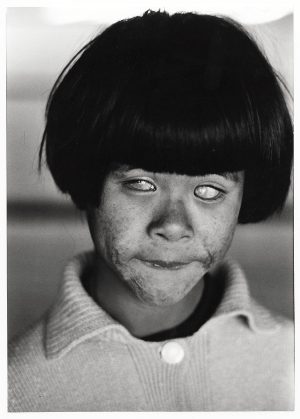 Christer Strömholm's photograph of an anonymous blind girl from Hiroshima is one of his best works, and it is no coincidence that it frequently recurs in the photographer’s gallery exhibitions and photo auctions throughout the world.

The Swedish master of social photography and the first post-war Scandinavia's leading photographer to gain international renown, Christer Strömholm, also know under his artistic handle Christer Christian, was a member of the Otto Steinert's group “Fotoform” - photographers for subjective photography - during the 1950s, Strömholm never settled for sober experiments, structural photographs etc, but always kept his eye on the human element, well connected to the existentialist milieu of his time. He co-founded Fotoskolan academy in Stockholm, Sweden in 1962 and was its director.

Between 1959 and 1963, Strömholm traveled repeatedly to Spain, Northern Africa, India, America and Japan – where he took haunting pictures of the victims of the atomic bomb dropped on Hiroshima. The close-up of a blind girl with scars on her face is surely the most well known of the series.

Once seen, it is never forgotten. Like most of Strömholm’s photographs, this one seems unpolished and shadowed, since it was taken spontaneously and in available light. Using the “existing light” was a central credo to him. Disturbingly, Strömholm confronts the viewer with a reality that is taboo and all too eagerly repressed. He lets the viewer experience unadorned human suffering without compromising the dignity of those he portrays. 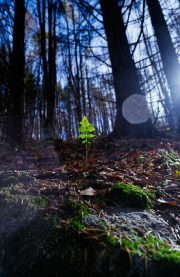 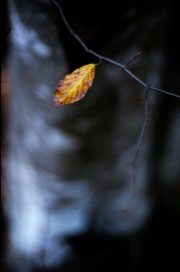