Pentax was founded in 1919 as Asahi Kōgaku Kōgyō G.K. (旭光学工業㈾). It was originally an optical company, beginning by making glasses under the Aoco brand (acronym of Asahi Optical Company), and made its first Aoco projection lens in 1923.

The first camera produced by Asahi was the Asahiflex, that was also the first Japanese 35mm film SLR, made as a prototype in 1951 and released in 1952. One of the models of the Asahiflex series, the Asahiflex IIb, was the first 35mm SLR to have an instant-return mirror, thus solving the problem of mirror blackout which had plagued SLRs up to that time (early SLRs left the mirror in its "up" position until the camera was wound for the next shot, blacking out the viewfinder).

On November 27, 2019, Pentax celebrated the 100th anniversary of the foundation of Asahi Optical Joint Stock Co., the original manufacturer of PENTAX-branded products. 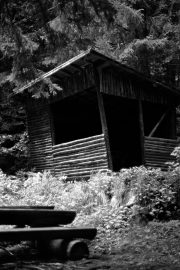